Brela is the most popular tourist destination of Makarska Riviera that consists of several villages at the foot of Mount Biokovo.

Because of its natural and cultural heritage, beautiful 6km of beaches with crystal clear waters, numeral podestrian zones, pine forests and houses with traditional Dalmatian arcthitecture, the place has a long tradition in tourism.

Since it is situated at the foot of Mount Biokovo, Brela has many sport options and opportunities that mostly include hiking, sea kayaking, mounntaneering, nordic walking etc.

The symbol of the place is the island of love or „Brela Stone“ (Kamen Brela in Croatian), which is a small island just in front of the main beach in Brela that was listed as one of 10 most beautiful beaches in the world by Forbes magazine in 2003.

The name itself derives from „Vrela“ or „Vrulja“ (Croatian vord for waterspring below sea level) since tris area is abundant with springs. This phenomenom is typical for karst areas. The most famous spring is „Vrulja bay“ reachable only by foot or from the sea side. There, below sea level, you will feel fresh water and temperature difference.

Visiting Vrulja and the cove is one of the highlights of Sea kayaking & snorkeling trip in Brela. 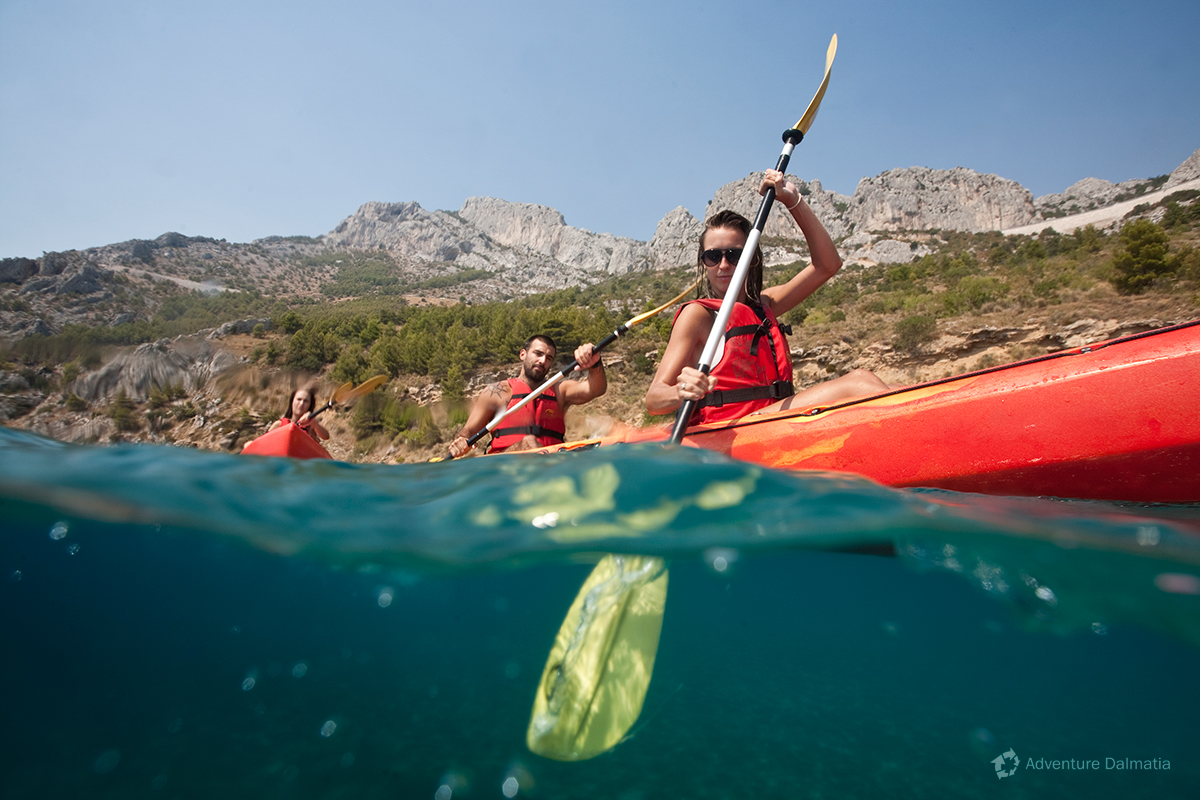 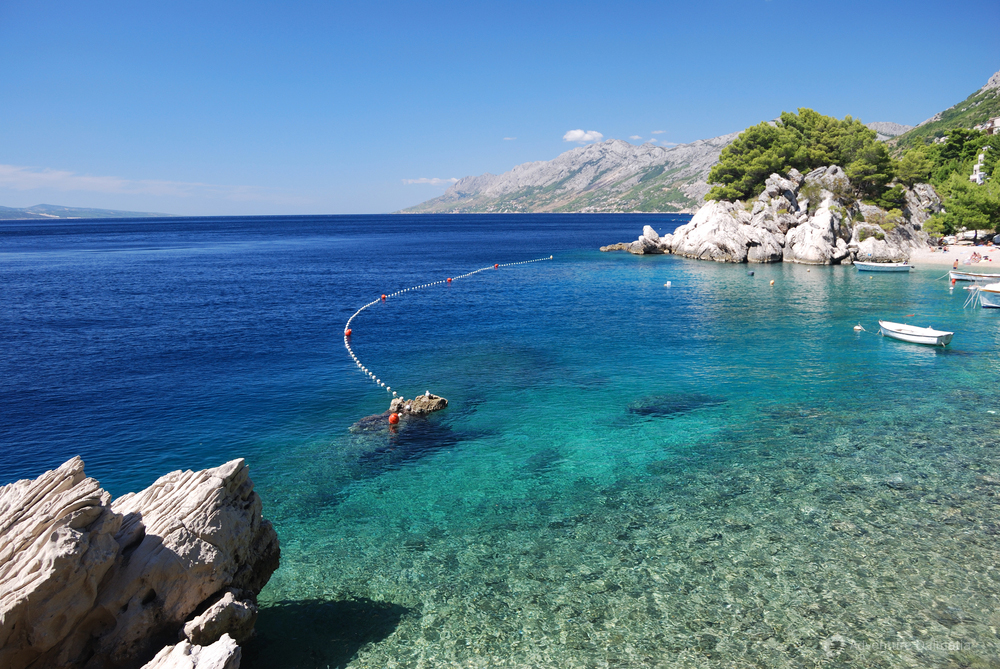 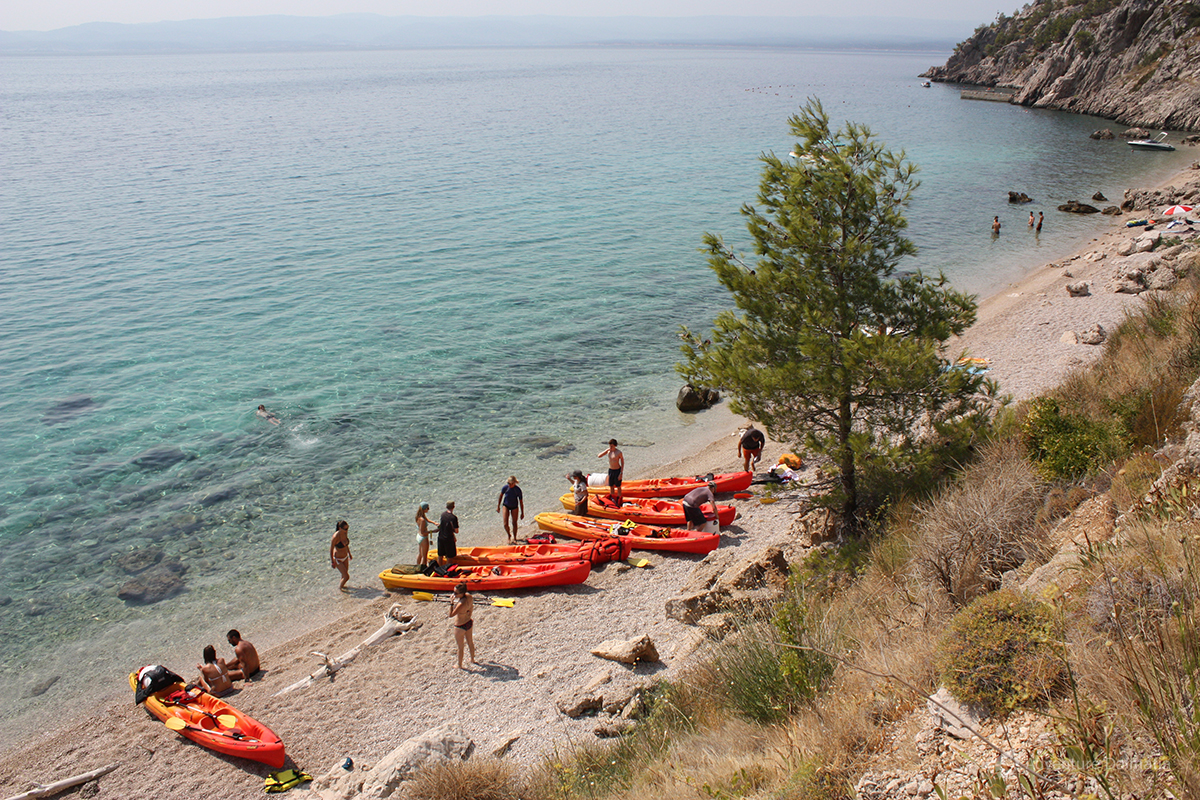 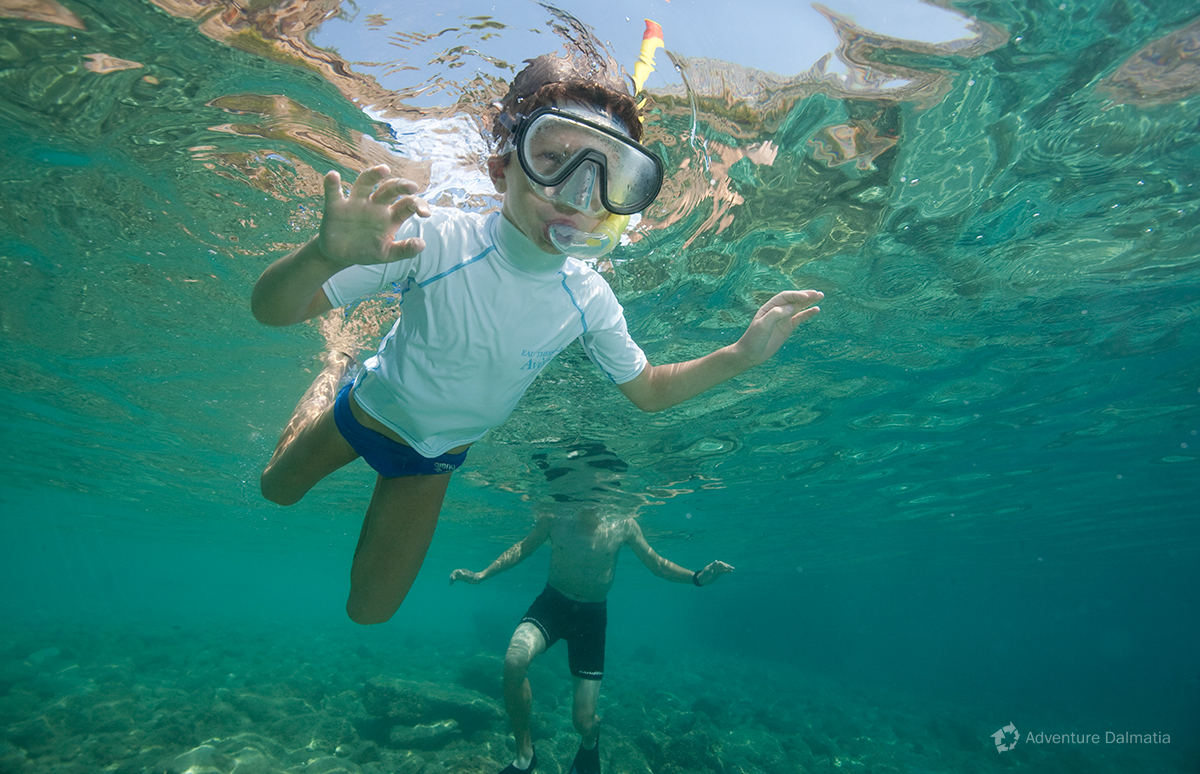 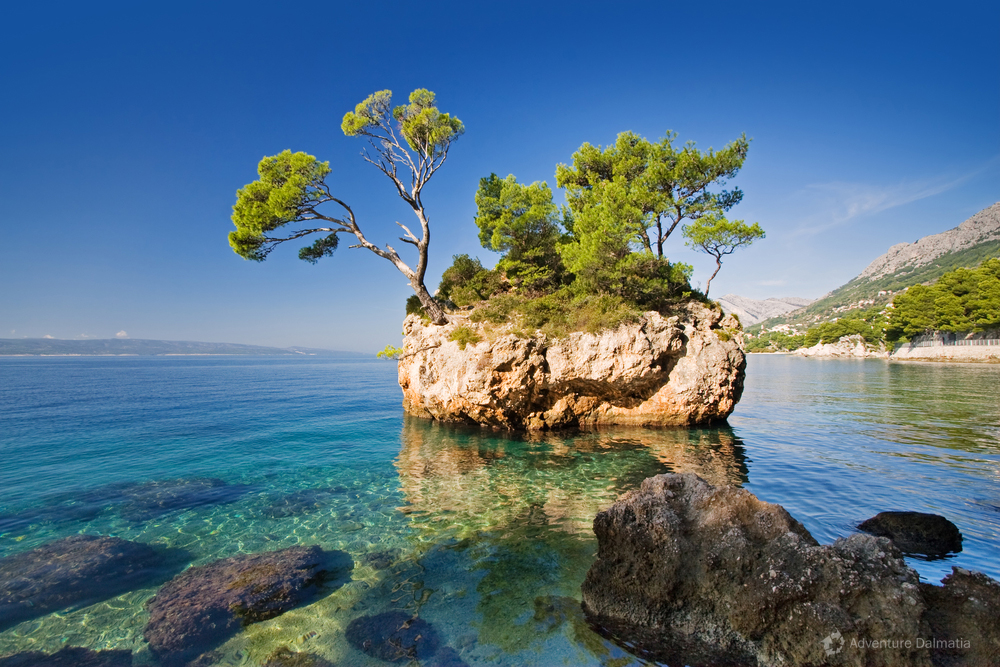 Cliffs on a beach in Brela 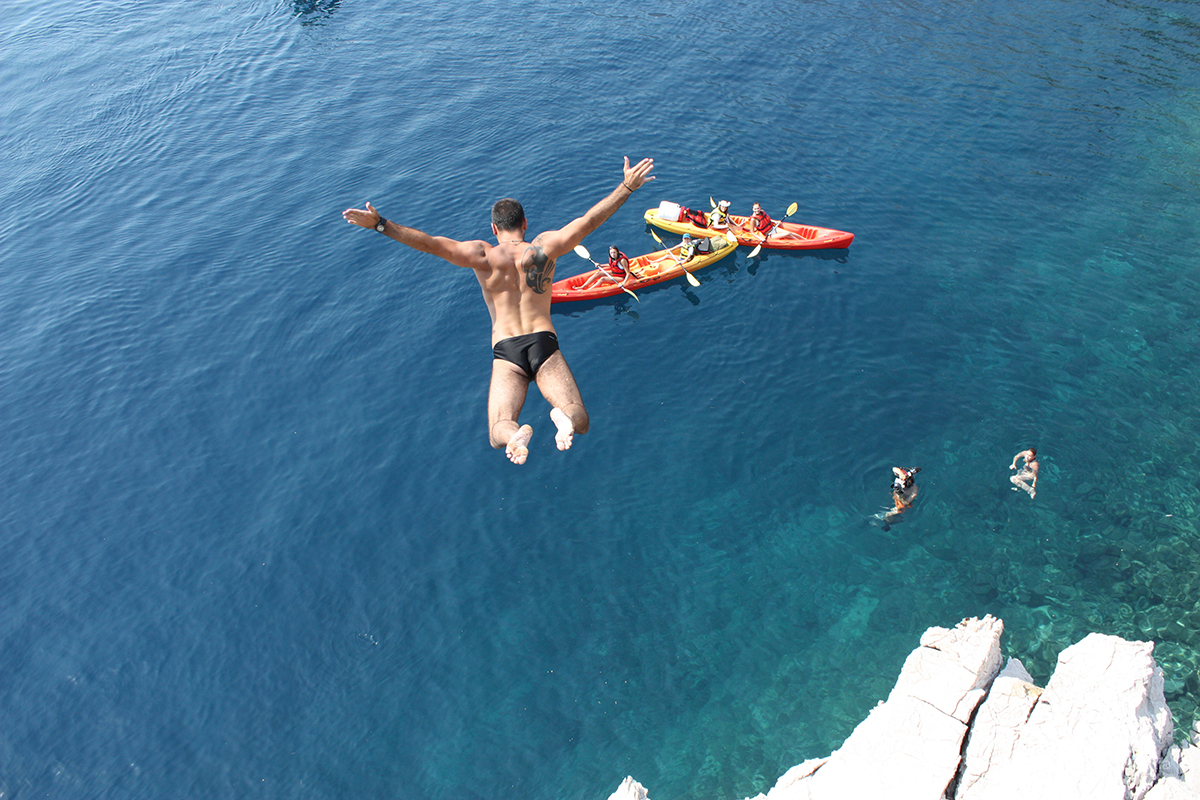 Jumping from the cliff on a sea kayaking tour in Brela 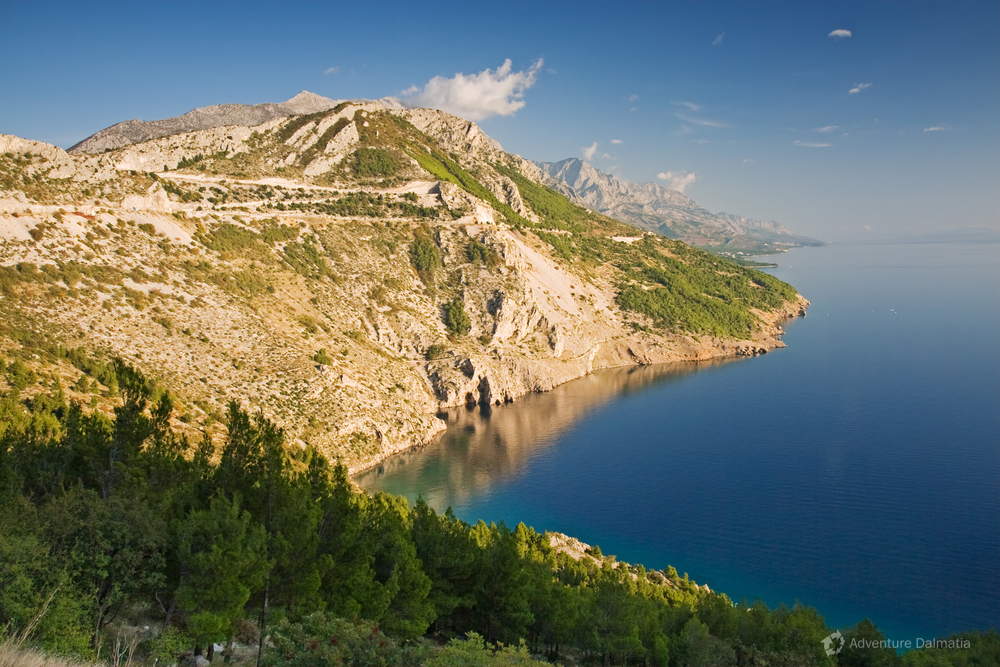 Vrulja cave, view from the road 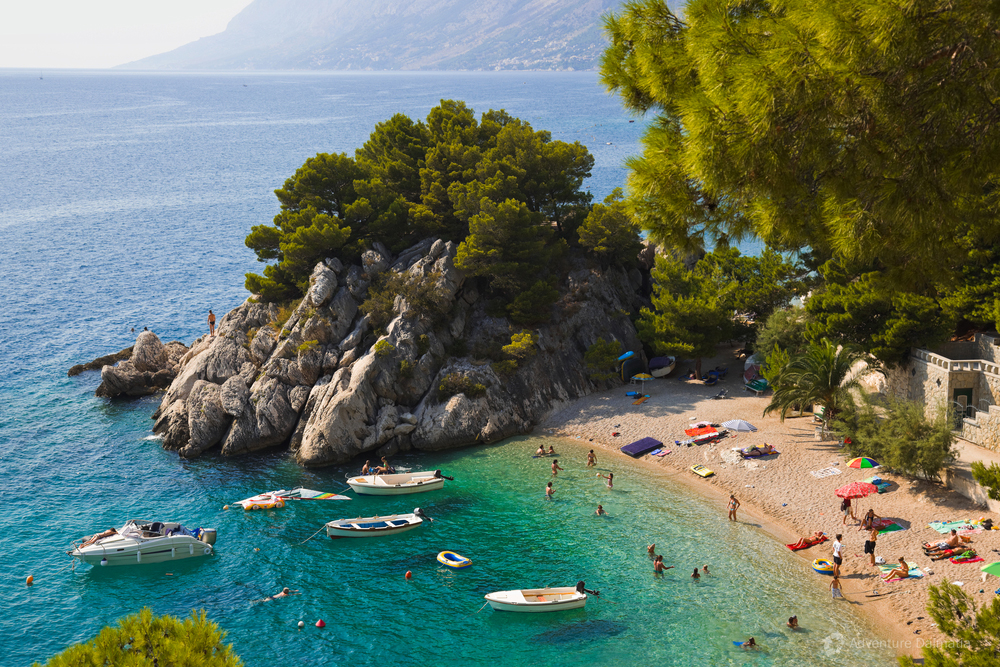 One of the beaches in Brela 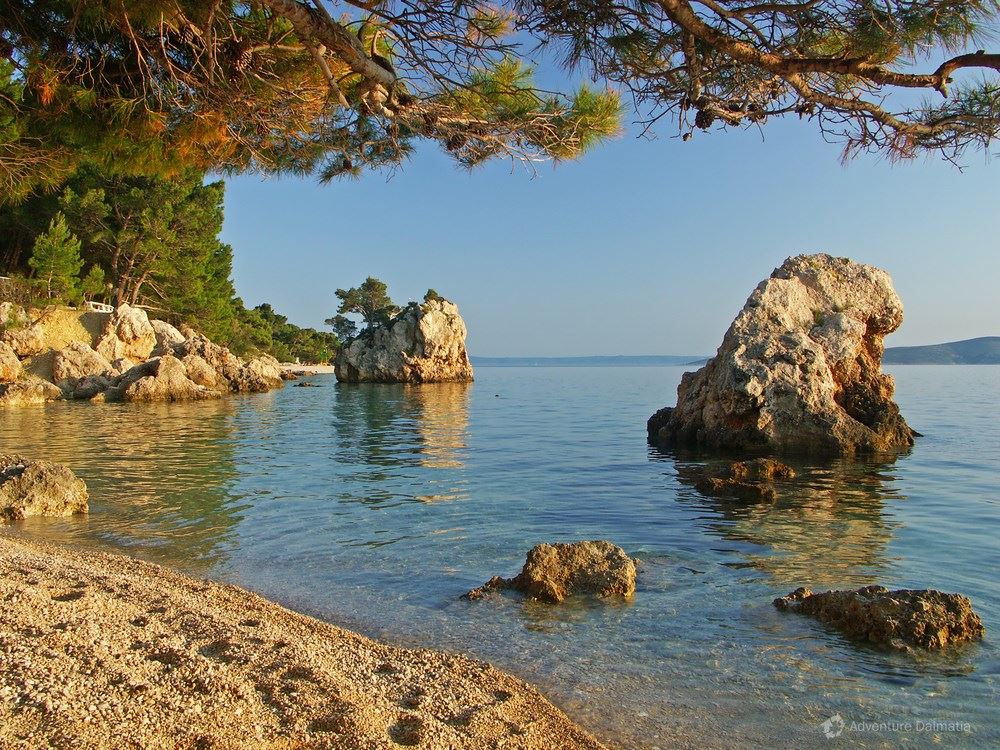