Modro jezero is one of most beautiful karst lakes in Croatia located near town Imotski. It lies in a deep shole that was probably formed by a collapse o fan underground cave. The total depth from the upper rim is 220 meters and it varies with season. Watre level could reach more than 90 meters in the early spring when the snow from nearby mountains melts. At the end of the summer the lake might disappear that is why there is a football field at its bottom. The lake is a popular place for tourists and residents of Imotski town because it is very accessible. In addition, there are trails that go almost to the bottom of the lake. Inside of the lake there are many caves, several very difficult to reach. The best time to visit is winter and spring.

Red lake is a sinkhole filled with water near Imotski city and near Blue lake. The name derives from stiff red cliffs at the edge of the lake. It is believed to be one of the deepest lake sin Europe. The last depth measurement was made in 2013 when 255m were measured. The lake is probably connected with other waters thru a cave 280m at its bottom. Iti s presumed that the lake emerged when the ceiling of a large cave hall collapsed. Unlike the Blue lake, it can not be reached but viewed from the top and it does not dry so it can be visited during the whole year. 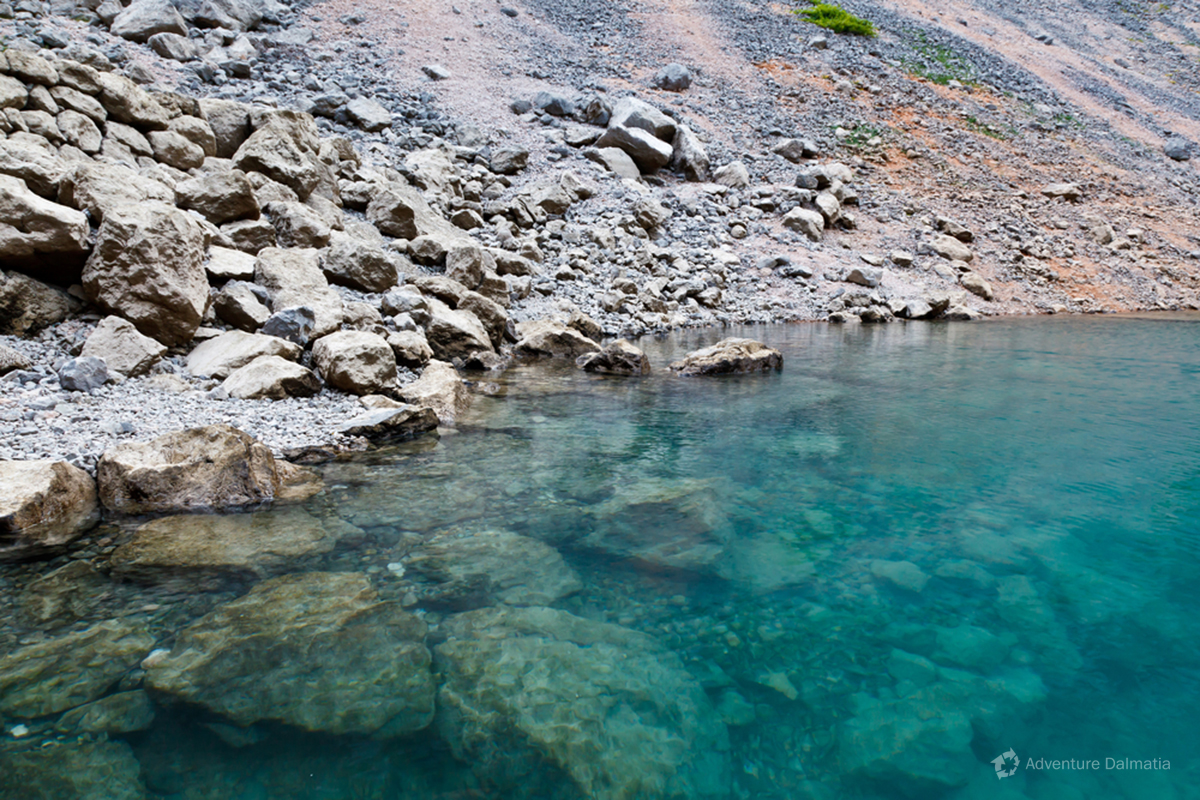 Clean waters of the Blue lake near Imotski 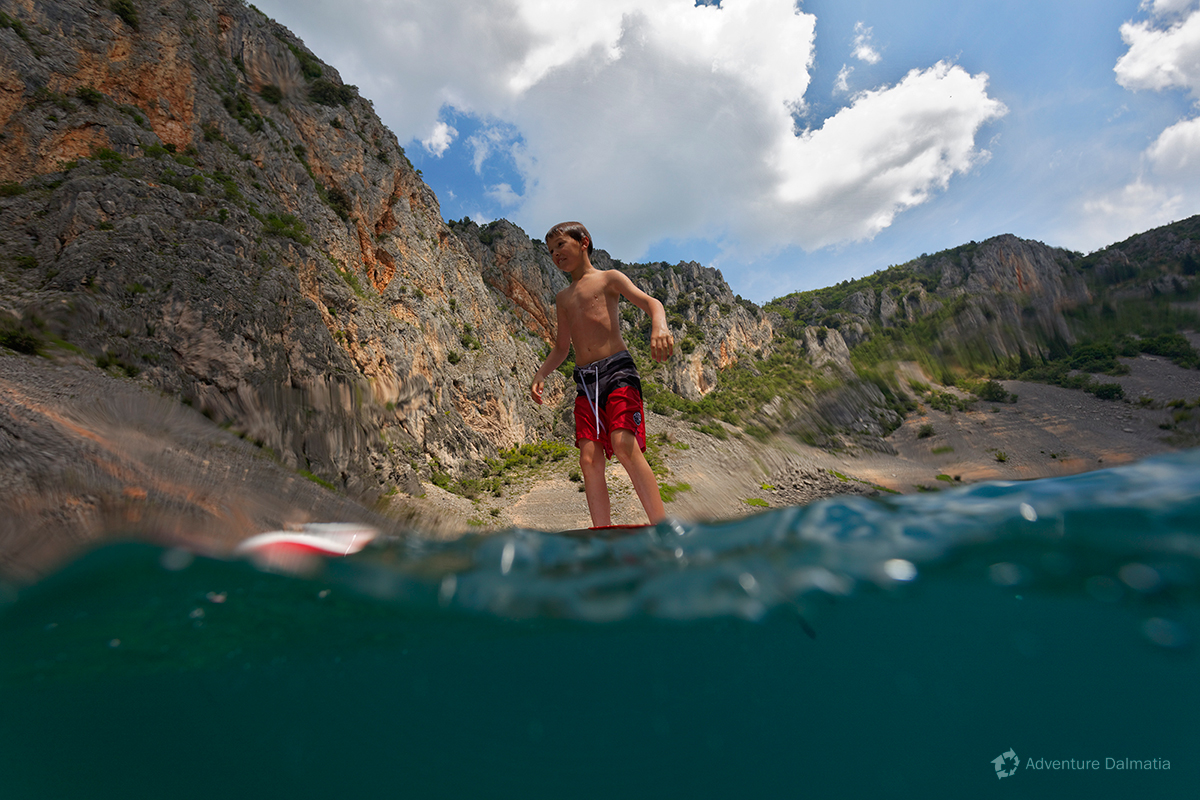 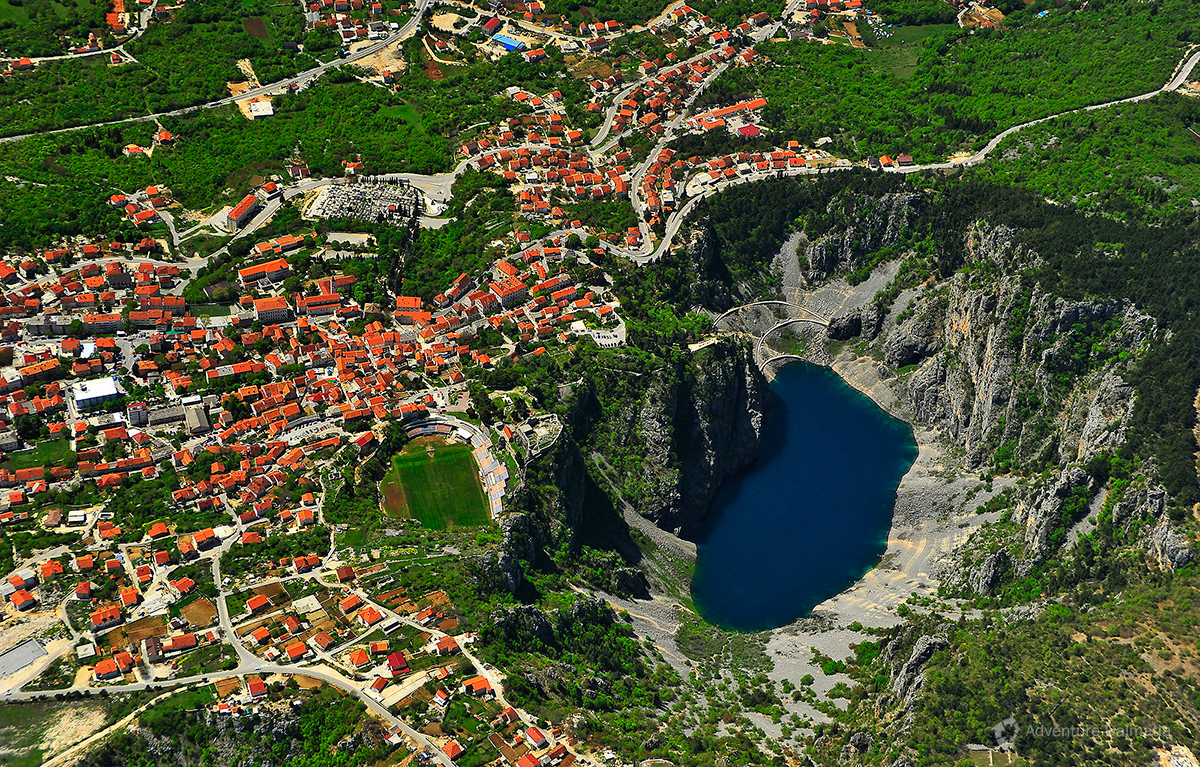 Dimensions of the lake vary due to water level 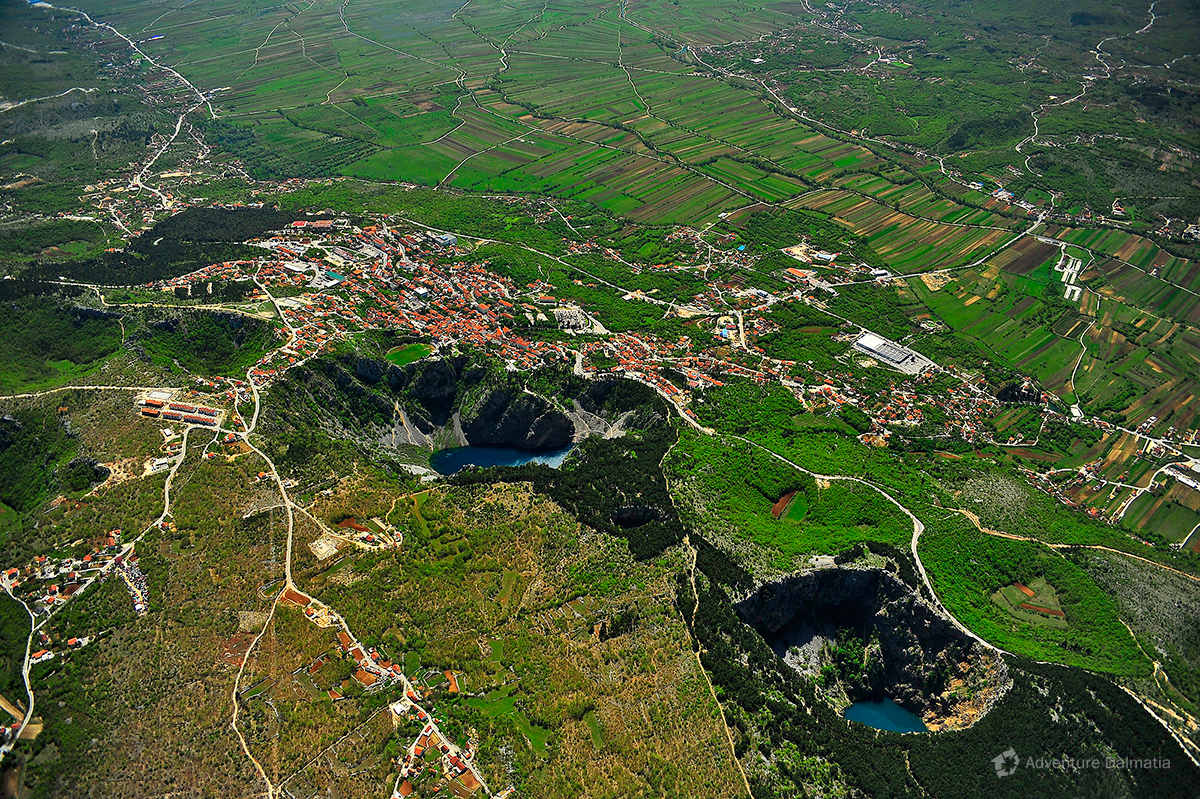 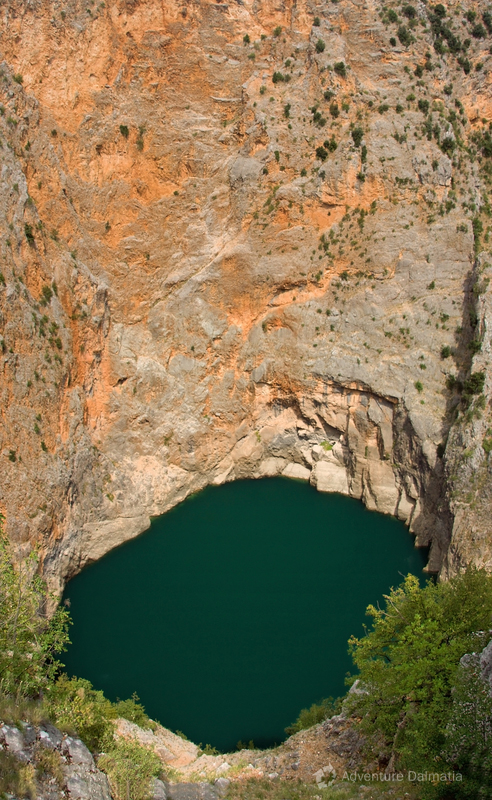 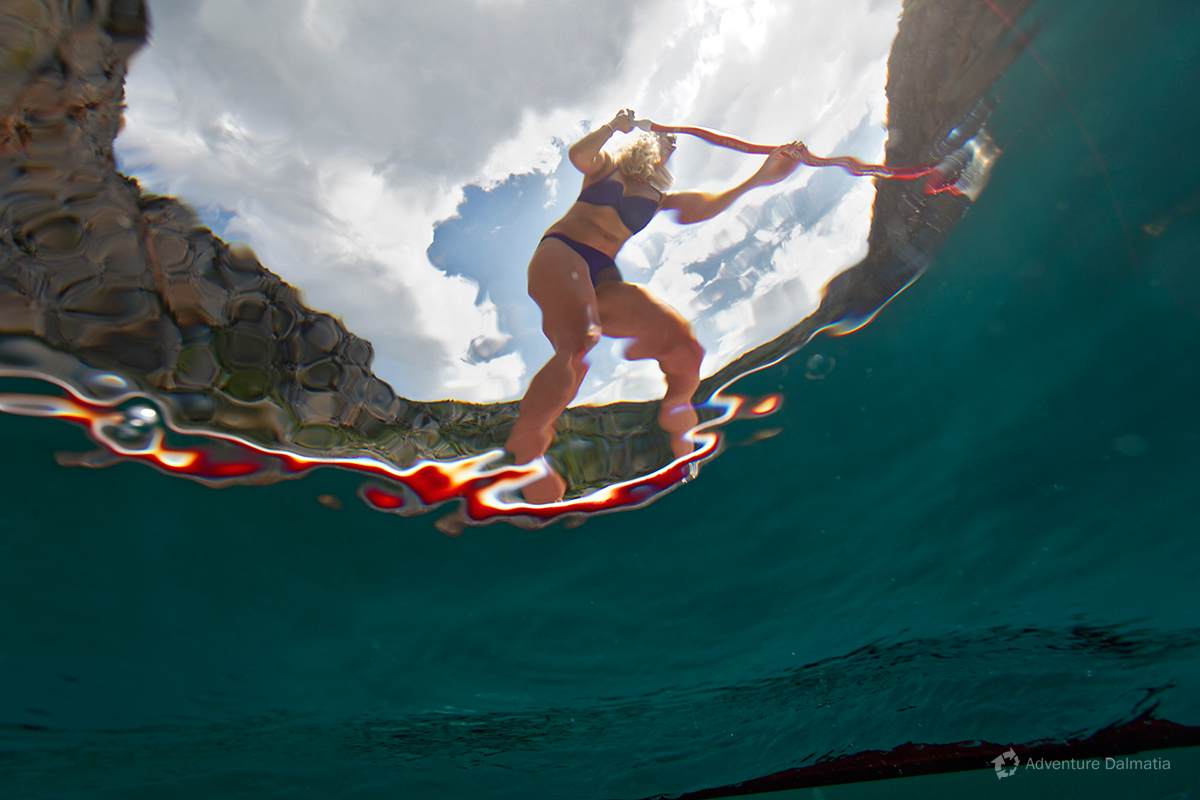 Blue lake is a big karst lake that lies in a deep sinkhole - Stand up paddling. 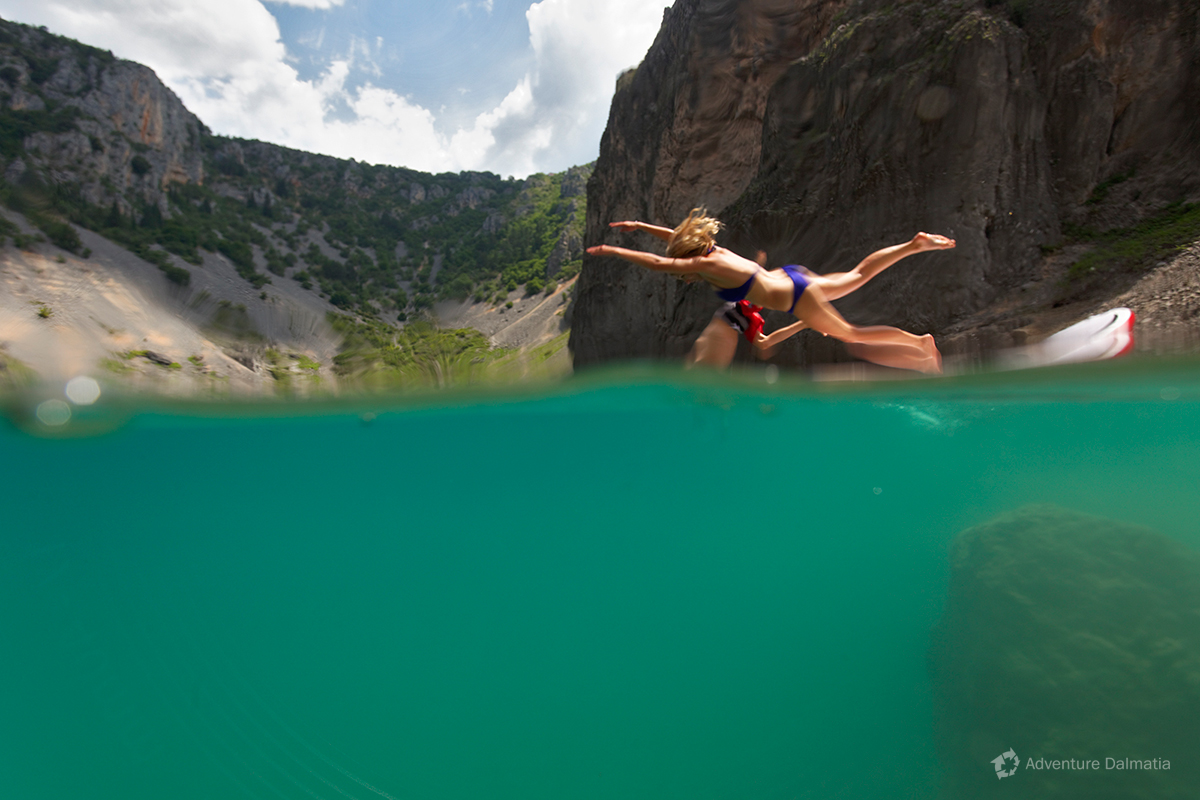 The water depth in Blue lake varies with season. 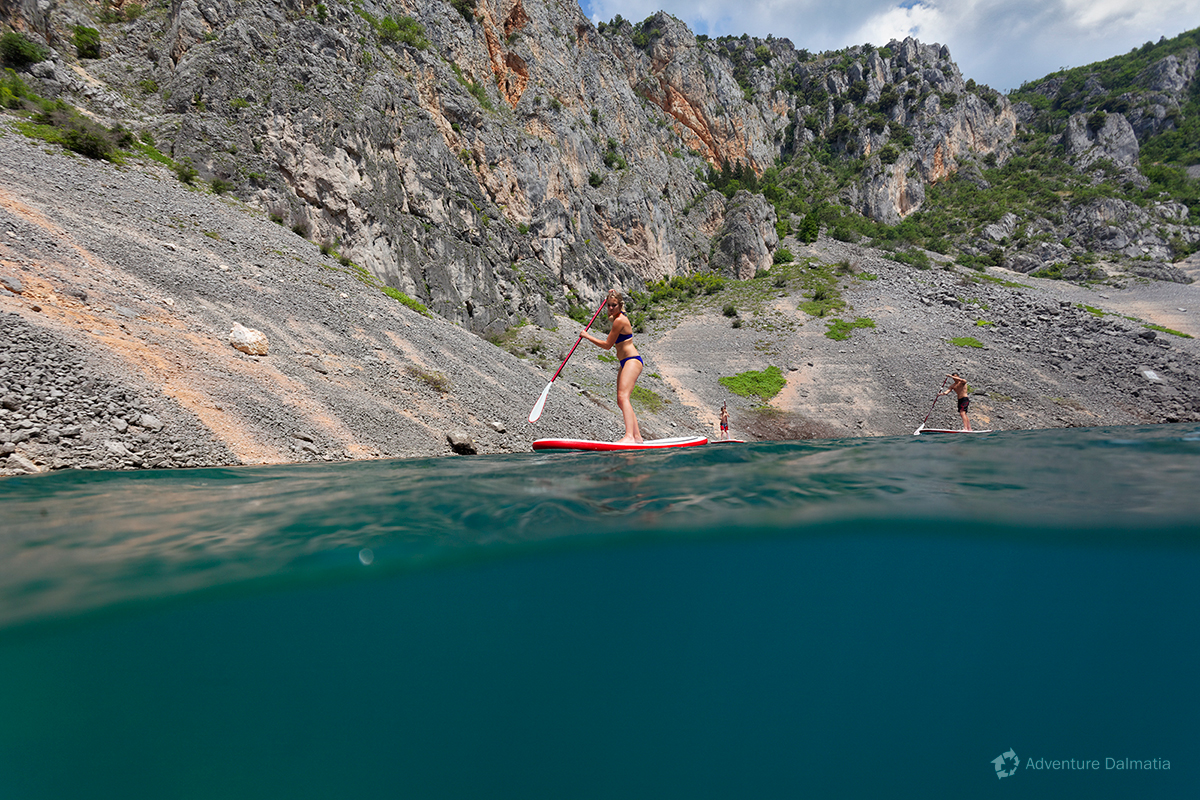 Stand up paddling on Blue lake near Imotski. 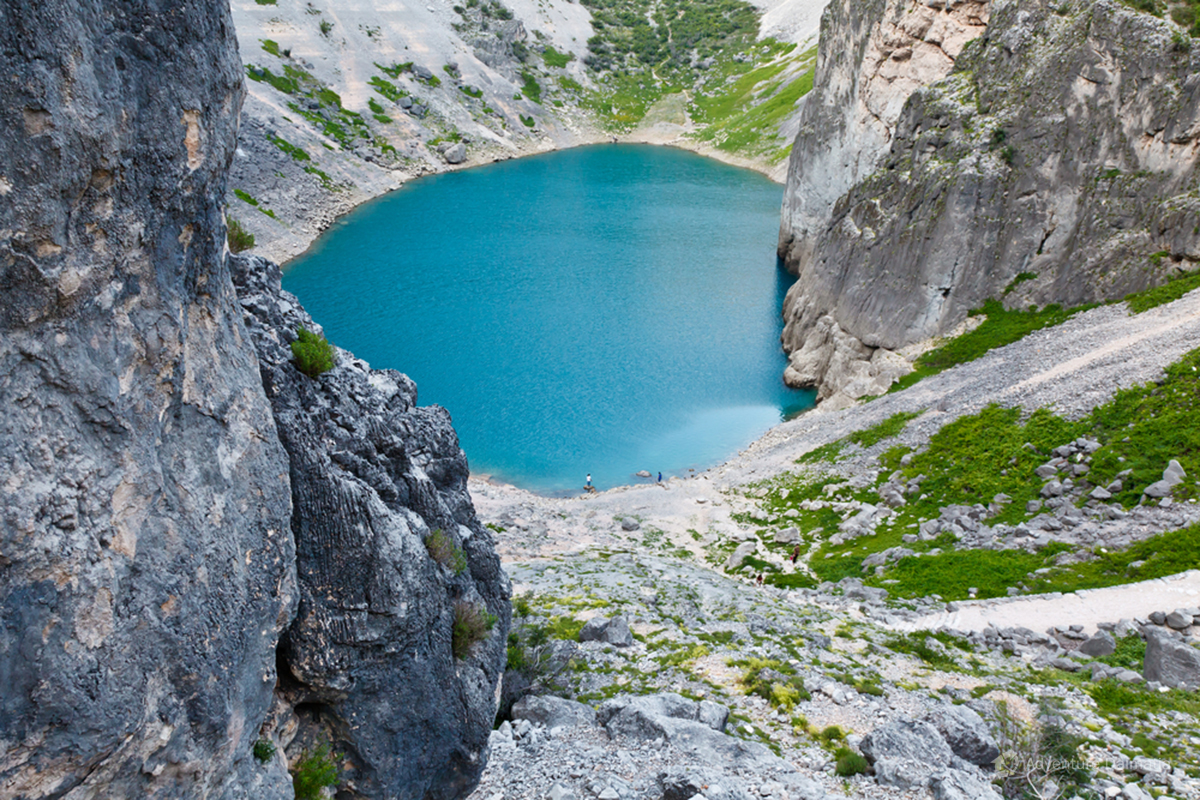 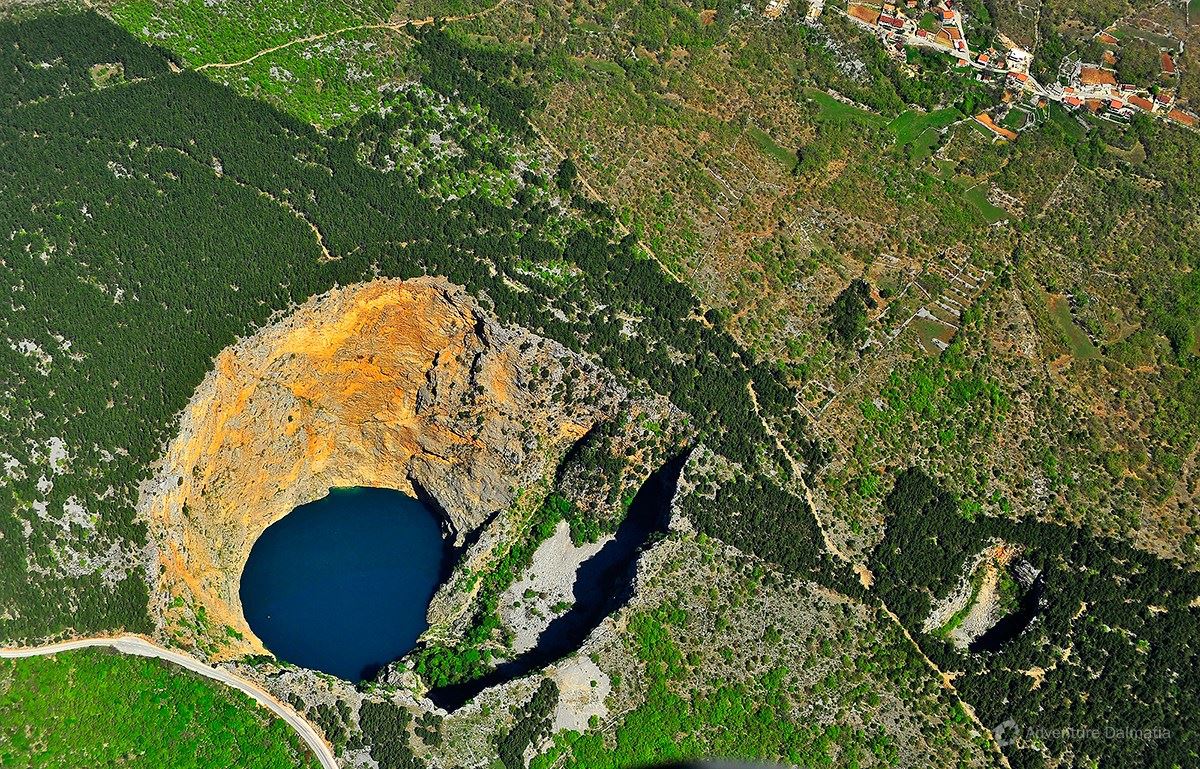